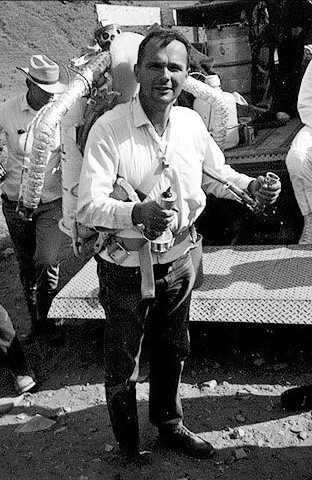 Jetpacks have been around for over 40 years, but they’ve never truly broken into the mainstream, as many people
predicted…until now. If you’re looking to strap a real-life jetpack to your back to experience the wonders of personal flight, now there are
locations around the world where it can be done, such as the Jetpack America locations in Newport Beach and San Diego. 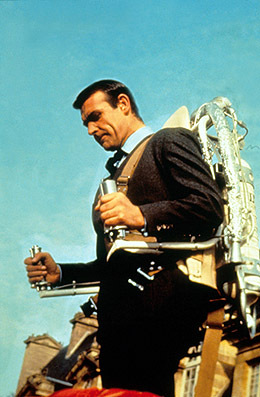 Jetpack history begins with the evolution of jetpacks from the “old days”, due to major
developments which occurred when inventor Ray Li made the leap to start using water pressure as the means of getting into the air rather than jet streams
of compressed gases. Inspired by James Bond in Thunderball, where Bond used
a jetpack to escape one of the Bond villains in dramatic fashion, Li started tinkering with the concept of jetpacks in early 2000 and quickly realized
the engine and fuel weight were a limiting factor of the original jetpacks, keeping max flight time under one minute.

By offloading the weight from the pack into a small boat unit that pumps up to 1000 gallons of water up a 30 foot hose to the pack, flight times were extended
from one minute to several hours. Another benefit of the water jetpack over its on-land predecessor is the safety aspect…if the pilot crashes
into the water, it’s a much less dangerous situation than crashing down on land. Further aiding in the safety of the new jetpack was the fact that
the pack itself is buoyant in the water (and the pilot wears a buoyant life vest while flying), so there’s no risk of sinking while wearing the pack. 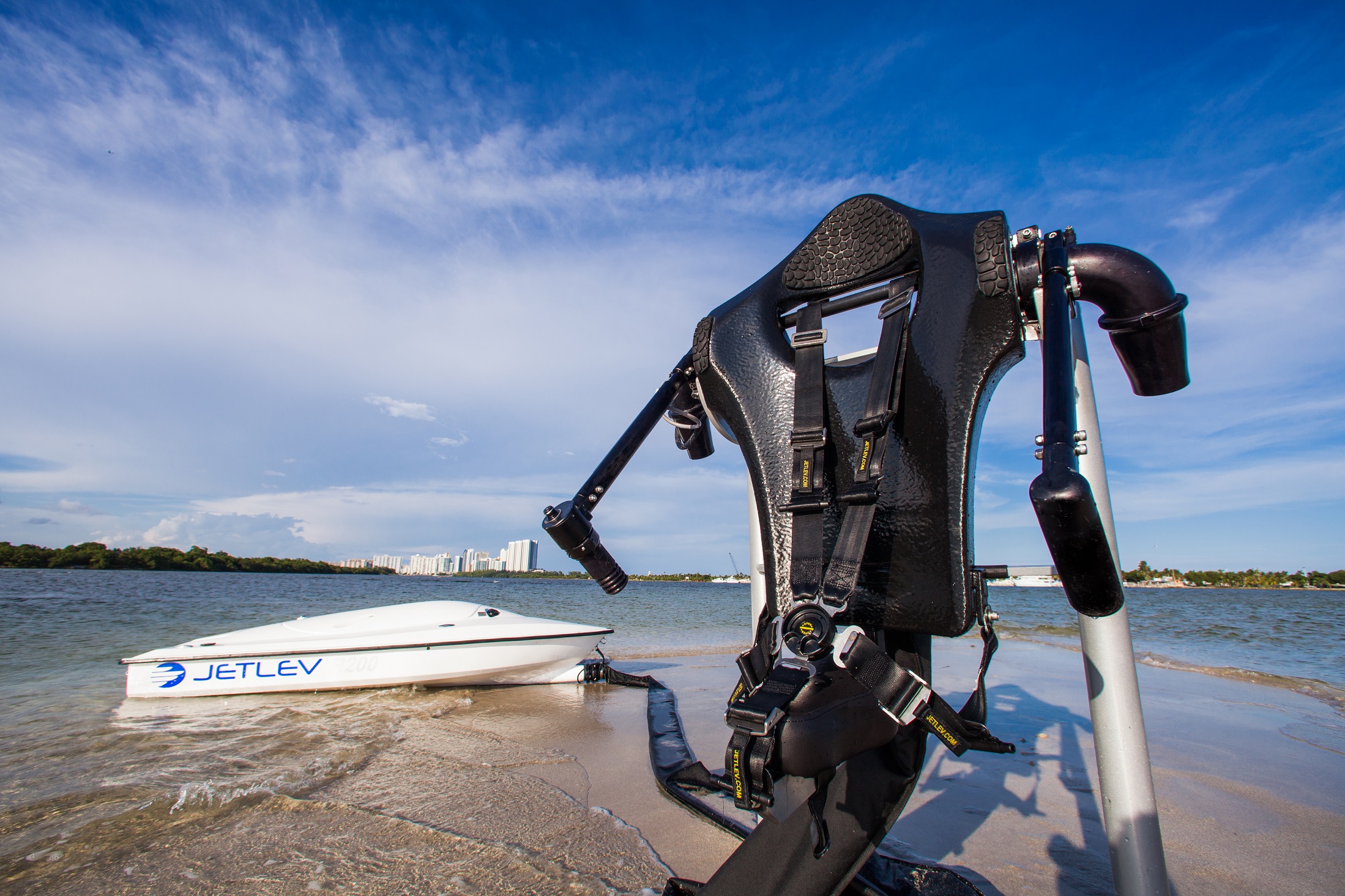 Although Li envisioned military applications for his new “Jetlev” (an abbreviation of Jet Levitation), he quickly
realized the greatest application would be as a recreational water/aircraft, where adventure-loving tourists around the world could learn to fly the
water jetpack in one-hour training sessions to experience what true jetpack flight is really like. He saw no reason why the Jetlev jetpack couldn’t
sit side-by-side with jet ski, parasail and scuba diving outfits in tropical destinations everywhere.

In 2011, after over a decade of research, development, prototypes and testing, the Jetlev became commercially available, with several of the first units
coming to Jetpack America’s headquarters in Newport Beach, California. Almost three years later, over 10,000 have taken flight on the Jetlev with Jetpack
America.

Although the jetpack can be
intimidating to those who see someone literally hovering 30 feet in the air, suspended by nothing more than two giant jets of water streaming down,
the beauty of the Jetlev jetpack system is in its simplicity and training process. With less than 30 minutes of on-land instruction, the Jetpack America
Certified Flight Instructors can have most people airborne in their first 5-7 minutes in the pack. It’s a sport that’s accessible to both men and women,
young and old. Jetpack America holds the record with an 85-year old, who came out to fly, not once but twice, as well as several paraplegics and one
quadriplegic, all of whom were carried from their wheelchairs then taught to fly. It’s not a sport for the few, but something that truly anyone can
do.

The sport of “jetpacking” has been evolving since its inception, and it will continue to do so, with new models emerging, including Flyboards, which strap to the pilots feet, and Jetovators, which are essentially
water-powered flying bikes. Next time you’re in a location where one of these activities is offered, do yourself a favor and give them a try. You’ll
be surprised by how easy they are to fly and how much fun they really are.

How would you like to see the sport of jetpacking evolve? Leave your thoughts in the comment section below.

For more info, watch the Entertainment Tonight segment below on the new sport of “jetpacking”.