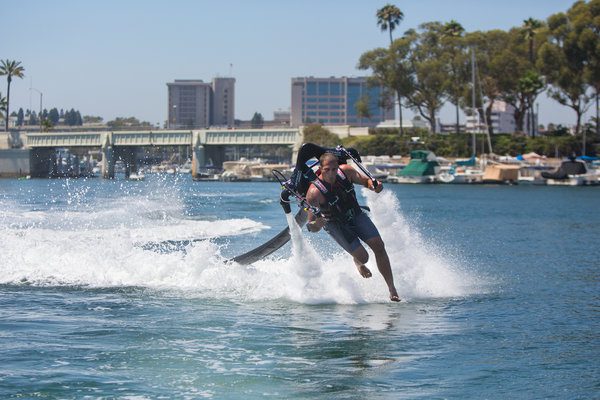 Recently, Jetpack America made headlines with an excellent article in the New York Times! It was another incredible milestone for everyone at Jetpack America. We feel blessed to be part of an exploding industry. Water-propelled jet sports are becoming more and more popular. Our company is proud to be a pioneer for this exciting technology.

Please take a moment to read this article. Our very own Claude Mokbel makes a cameo as he walks on water and shows the reporter his expert jetpack skills.

Claude isn’t the only one making headlines in our company. President Dean O’Malley is a record holder for the longest jet pack flight and more than one female reporter has mentioned his strong resemblance to Superman. O’Malley has done countless interviews and continues to be the face of our company in our efforts to take the water-propelled sports industry to the next level.

Many of our employees have received awesome exposure in the news:

As mentioned above, Claude Mokbel was on the front page of the New York Times.
Johnnie Faye Cartwright showed of her flying skills on an international Visit California TV commercial.
Josh Hanson and Chris Herman performed in front of 100,000 people at the Red Bull Flugtag.
Chris Wilson featured in two-page magazine spreads.
Television reporter and Jetpack Instructor Extrodinare Tabitha Lipkin has been written about in various internet news pieces.
And our CEO John Morris received over 10 million YouTube hits from his infamous live news segment (proving there’s no such thing as bad press)

As all this coverage proves, Jetpack America is doing one of the coolest things in the world. We’re out there making dreams come true.

Come visit us and make your own dreams of flight a reality. See you in the sky!