In February 2015, the marketing manager for travel planning website Travelocity contacted Jetpack America,
asking if we could get the famous Travelocity Roaming Gnome flying high in the air for their continuing
ad campaign where they feature the gnome traveling the world and experiencing life to the fullest. Our initial answer was “YES, OF COURSE!”. But
there were some challenging expectations. They wanted the gnome to fly on his own…or at least appear as if he was. We explained that one of our experienced
pilots would have to fly the jetpack, but we could strap in the gnome using our new tandem jetpack setup. 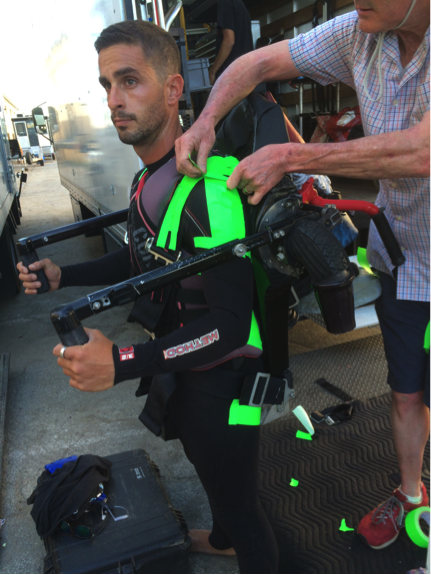 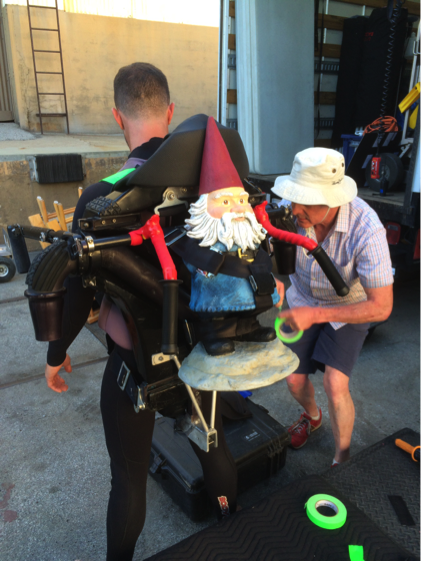 After lots of brainstorming and problem solving, we eventually came up with a plan! To meet the expectations of Travelocity needing to fly the Gnome solo,
we decided the best option was to strap the little guy to the back of the jetpack, make some fake control arms, and still have the instructor fly the
jetpack from the front. Our lead flight instructor from San Diego, Jon Statman, decided to take on the flying task. To get Jon “out of picture”
and give the illusion that the Gnome was actually flying the Jetpack himself, green duck tape was placed all over Jon’s wet suit and lifejacket, so
he could be “green-screened” out of the picture later during editing. 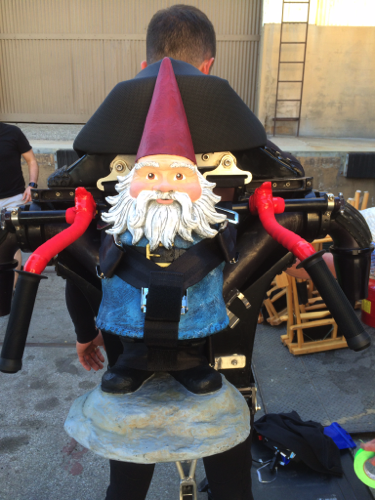 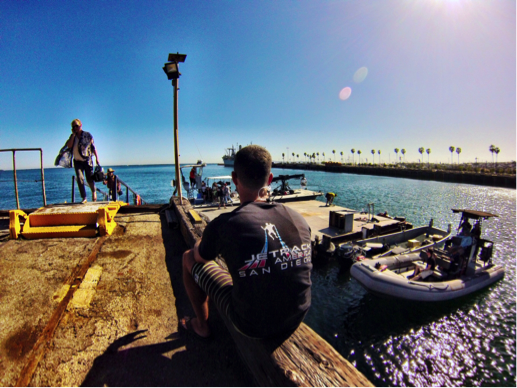 The flight was a huge success! Jon made the Gnome look like a flying expert as they did multiple cork screws, tail whips, and helicopter spins! The show
was quite impressive for everyone standing onshore. We look forward to seeing the Travelocity gnome commercial air sometime in the next 6 months. Be
sure to Tweet us or comment on our Instagram when you see the commercial air!! For travel advice (and some good laughs), be sure to check out the Roaming Gnome Instagram. 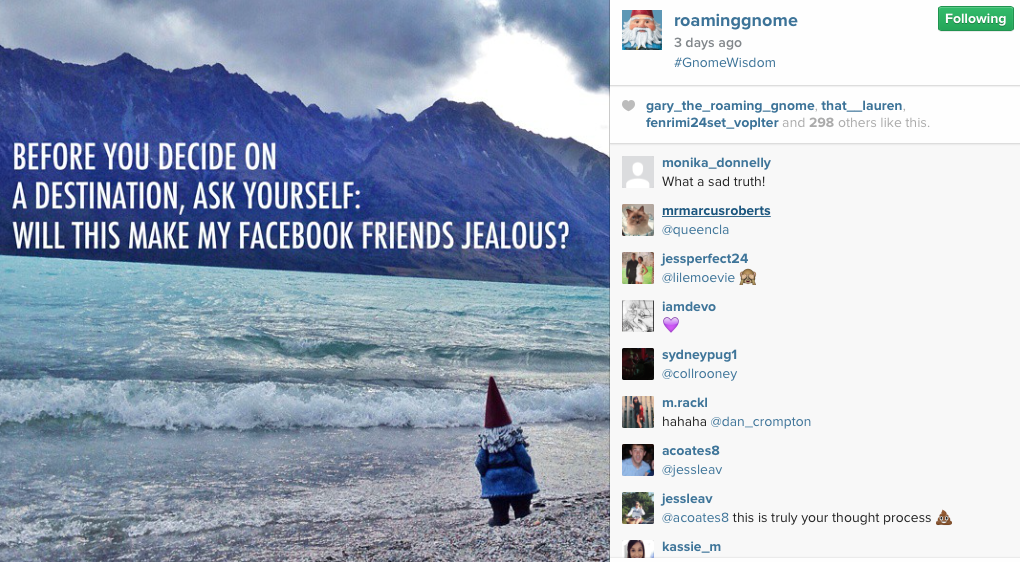