When it comes to doing new and different things, Alonzo Bodden has always been out there living

on the edge! There’s almost nothing as scary as standing up in front of an audience and trying to

That’s exactly what Alonzo has been doing since he quit his job long ago as a military aircraft mechanic working on super-secret military jets like the
Stealth F-117 and B-2 Bomber! Since then he’s been making people laugh and has turned himself into one of the hottest comics around.

Alonzo’s known for being “cynically good natured.” Well, the older he gets, the less good natured

he gets he says! “‘What can I say? The stupid out there is wearing the man down.”Bodden, who

won Season 3 on NBC’s Last Comic Standing, is a regular on NPR’s “Wait Wait…Don’t Tell Me!”

and “Comedy Congress,” as well as being a panelist on the Game Show Network’s “Mind of a Man.” 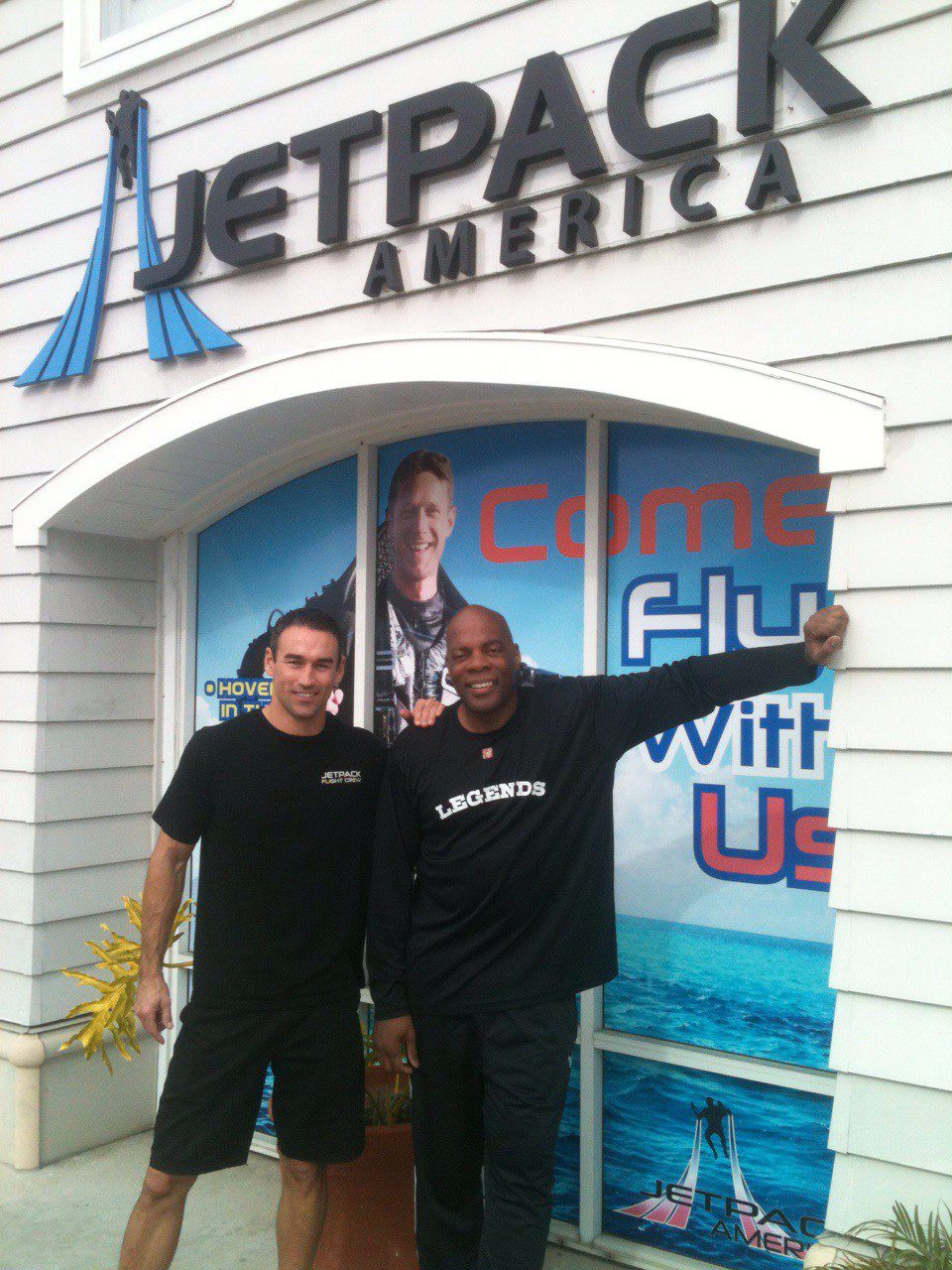 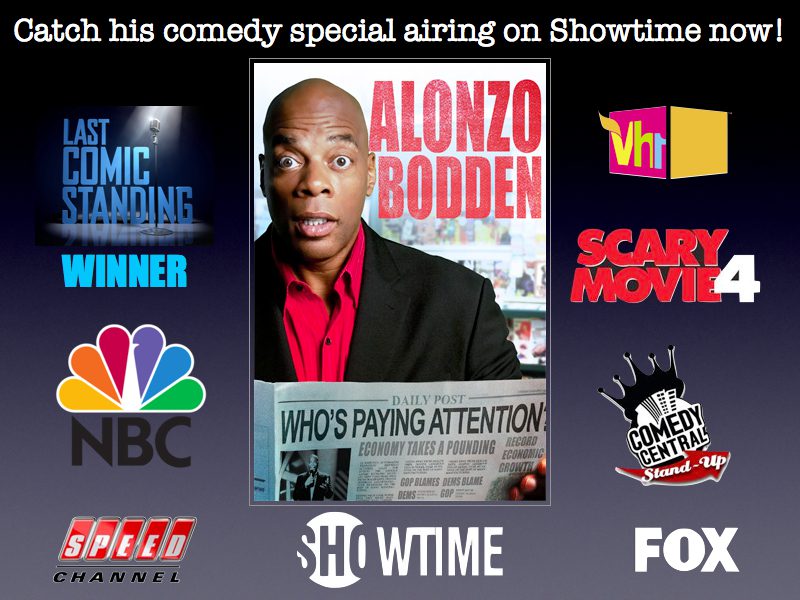 In 2011, he starred in the comedy special “Who’s Paying Attention” on Showtime, released a DVD,

and hosts a podcast of the same name. That same year, he was a panelist on the syndicated show

“Inside the Vault,” and voiced the character of Thunderon in the Power Rangers movie.

on Travel Channel. Alonzo’s first big comedy break came when he was on the “New Faces of Comedy” showcase at industry festival, Just For Laughs in
Montreal.

Alonzo has made the rounds on the late night television circuit including appearances on “The Tonight Show with Jay Leno,” “Late Night with Conan O’Brien,”
“The Late Late Show with Craig Kilborn,” and The Keenen Ivory Wayans” show. His film credits include “Scary Movie 4,” “The Girl Next Door,” and “Bringing
Down the House” starring Steve Martin and Queen Latifah. Alonzo has traveled around the world entertaining USO troops from Iraq to Greenland.

Alonzo decided he wanted to try jetpacking in 2014.  Although he claimed he couldn’t swim and had recently donated one of his good working kidneys
to save the life of his brother, Zo as he’s known, took to the sky without much trouble.


As far as we know he’s the only one-kidney, non-swimming LA-Clipper-loving comedian who can fly a jetpack! Alonzo also knows he’s welcome back anytime
he gets a day off from his constant comedy travel and tour routine! Bodden is also a big fan of jazz.  When he came to fly, we did our best to
make him feel at home in a special short video in addition to the longer one!