should be at the top of your list. Robbie is one of the most daring extreme

athletes in the world today.

His extreme stunts have included jumping on and off of Vegas landmarks,

setting jump distance records off an Olympic ski jump and, for good measure,

even taking his motorcycle into the giant surf of Tahiti and more!

needed to give hydroflight a try.

In 2013, Robbie came to Jetpack Amercia in Newport Beach with some 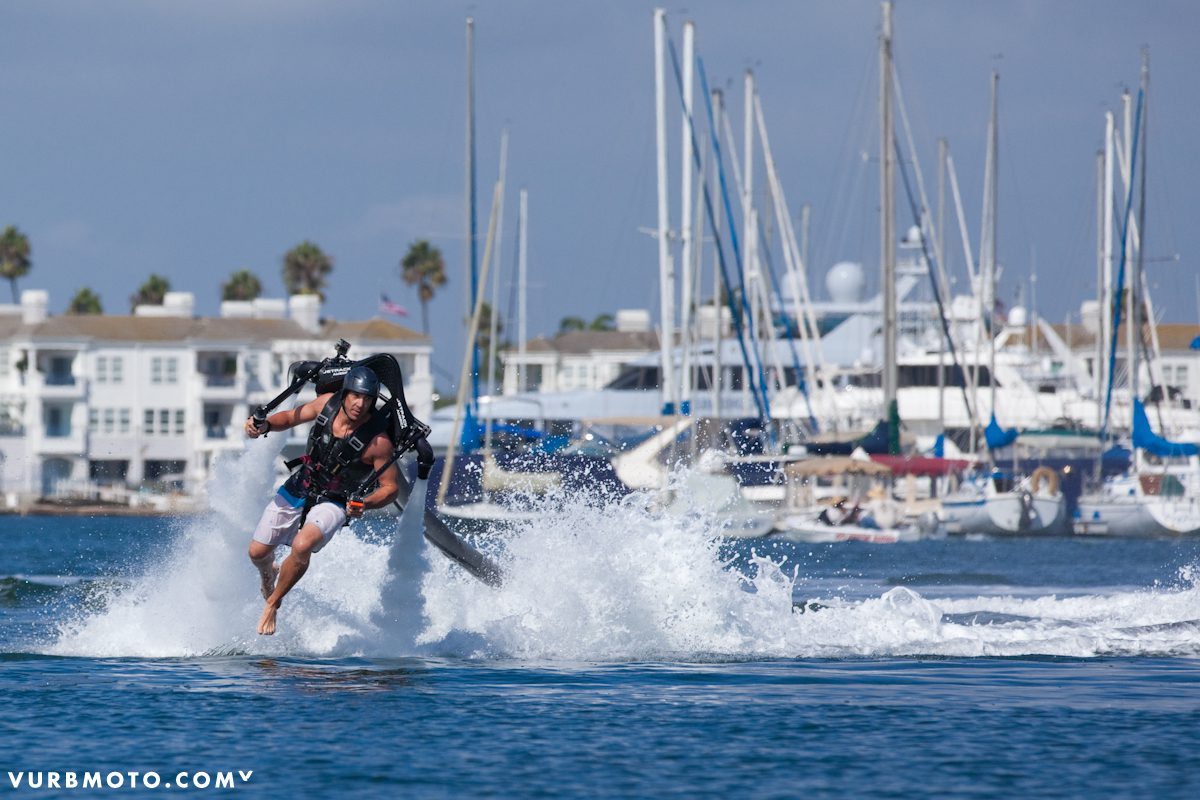 No world records were set that day, which is what Robbie usually does,

Robbie, as you have already seen, was born to fly!

His Aussie mates, Bliss-n-Eso, loved it too!