On December 1st, Club Jetlev Platinum Member Mark Holmes reached out to Jetpack America president Dean O’Malley with an email to let him know about some free publicity he’d be bringing to the company and the sport of jetpacking. He figured it was the fitting time to do so, considering December 1st is World AIDS Day and he was going to be featured on the cover of Positively Aware Magazine, which highlights the individuals in the world living with HIV and not letting it slow them down.

This is Mark’s story, in his own words, as told via email to Dean:

“As you know, you were kind enough to let me postpone joining Club Jetlev last year to make up for some surgery I had to go through and the subsequent multi-month recovery, which took a couple months. The surgery is a recurring one that I’ll face every few years, but it’s better than the alternative.

Since you probably aren’t aware of the full story, let me give you the rundown. After graduating from the Air Force Academy and having a career as a pilot in the Air Force, I got out in October 1981, flew business jets for a couple years in San Diego county, then found out I’d been HIV positive since I was first tested in 1984, whether from a transfusion I had in surgery in 1980 or being unprotected. I’ll never know for sure and it doesn’t real matter at this point. It’s been thirty years now and the early years were a definite challenge.

At the time I found out, there were no medications or treatments, so I just decided to live my life as fully as I could and accept whatever came. I held a job until ’94, where I was working in Film and TV in LA (I was a pirate in the movie Hook along with other roles) as well as working at a Harley Davidson Dealer in parts and shipping and receiving.  My health began to go downhill and I got some nerve damage, which led to canes, then a wheelchair, then I succumbed to a virus which caused me to lose my eyesight in one eye, lose most of my hearing and was told soon thereafter I had 3 months to live.

I knew that new medications were six months away, so I fought like hell to stay alive and fortunately made it to see what an incredible difference they made on people’s lives.  I was on chemotherapy every day for two years as well to insure I didn’t lose the sight in my remaining eye.

Once stabilized on new meds, the chemo stopped, and my recovery began and, by the millennium, I was mostly intact but left with enough broken parts to retire with a medical VA pension that would allow me to enjoy life to its fullest again.

Since then, I’ve been the poster boy for the VA and I’ve spent much of my time helping others recover and learn how to make the most of their lives after their military service. I wanted to give back as much as I could for all the help I’d gotten from so many who tried so hard in their jobs to keep me alive.

I’ve done public speaking locally where I’ve shared that it’s been thirty years since I became a guinea pig for a national study trying to find a cure. I’ve literally traveled the circumference of the earth to

participate in studies over the years and I continue to this day.

Over the last twenty years, I’ve tried to be a role model for others in similar circumstances to help them learn to cope and lead productive lives.

I’ve never been one to feel sorry for myself and I have no regrets. I’ve lived life to the fullest and can honestly say I feel like I have a blessed life. At 61, I can say I’ve not had a year go by that wasn’t better than the last and I hop it continues for a very long time.

I’ve got some good genes, and I’m following in my dad’s footsteps. He got a black belt in two years when he was 82 in Tai Kwan Do and was ringing bells on climbing walls ‘til near ninety. He had a great life after being a POW in WWII, a career in the Air Force, and still another career before volunteering at a Children’s Hospital until a year before his passing. I’ve had a good role model.

This brings me to the next chapter in my life’s story.

A couple months ago I found out about a contest that’s put on annually by Positively Aware magazine, where tens of thousands of people, on one 24 hour day, in 13 countries, and four continents take or have taken a picture to celebrate the day in a special issue called A Day with HIV. They are snapshots of life to counter stigma and show that life can go on and be lived well if you dare to do it.

It seemed to me that a shot jetpacking would be a perfect way to demonstrate living well. I sent my jetpack story off and immediately received an response asking for some more photos, which I sent off.

A couple months later, I had an appointment at the VA where I saw the latest issue of Positively Aware, so I flipped through it, but was disappointed when I didn’t see the jetpack photos I’d submitted among the hundreds of photos in the back of the magazine. Then I happened to see in the front of the magazine that that there were four winners with four covers and mine was one of them!

A board of five judges, including Greg Louganis, decided who’d make the front cover and they found the one I submitted to be a perfect example.

On another table were a number of issues with that picture on it and I took a few home, emailed the editor to thank him and asked if I could have a few more copies to share with friends and family.

The front cover shows the jetpack with the Jetpack America decals in three places and the byline on the side says it’s in San Diego and I fly several times a month. The editor asked if I could tell a story about it but that didn’t make it, I’m sorry to say as I plugged you more than a few times 😉

The readership is around a hundred thousand and probably dozens of times that number of issues are sent by a non-profit organization TPAN to clinics all over the country where they’re used and read by doctors, health practitioners, patients and people bored waiting in clinics who might happen to see something they’ve likely not seen before (someone flying a jetpack), which will certainly catch their attention.

I’ve since gotten a lot of Facebook traffic about the issue from folks who’d seen it around the country and a lot of kudos for putting it out there and showing how to live life well as well as folks asking where they can go fly.

And a few others reporting it here…

There is also a traveling exhibit of poster sized photos going around the country for the next year as a part of this issue, the first of which was at the Conference here in San Diego last month.

I’m guessing you’ve already gotten some business out of it even if folks haven’t brought it up (some are far less open than I am about my status) and I can tell you that the moneyed folks (all my docs ask about it when they see the vids and want to fly) and more than a few patients who have bucket lists have or will be wanting to see what it’s all about. I sure hope so and hope it will drum up some great business.

I can say the last year’s been incredible, working with the great guys at the San Diego flight center, who’ve been nothing but encouraging and incredibly capable teachers, many of whom have become friends. They’ve had to work hard for their money with someone who can’t hear when in the water and airborne, but they’ve modified the training with great debriefs afterward. I can’t say enough

about everyone that works there. Whoever did the hiring did an incredible job! It feels like family and I don’t think I’ve ever had so much fun. 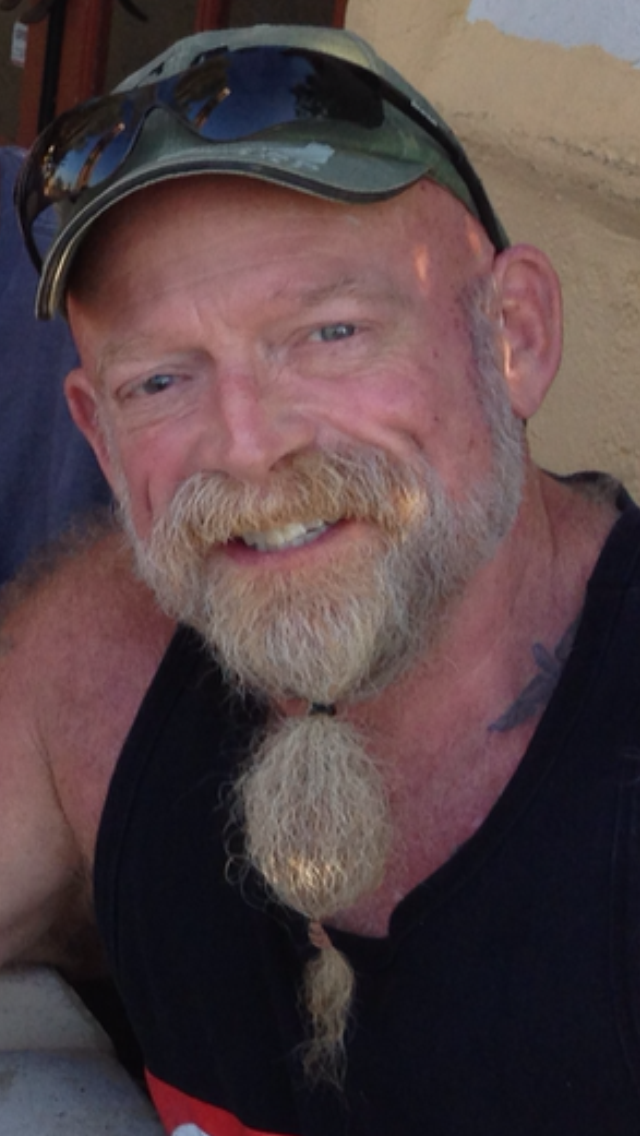 This was a dream I’d had since I was a red headed kid in front of a black and white TV tube watching Lost in Space and hoped someday I’d be able to fulfill that dream. You can’t imagine how much I appreciate you making that dream come true, Dean. Thanks for everything. I truly hope my story and the feature in Positively Aware helps bring a few more people out to experience what you and Jetpack America offer.”

It’s an honor to have amazing customers like Mark who have lived such interesting lives and who’ve chosen to share their stories with us and allowed us to write a little something in their book of life about what it’s like to fly around on the world’s first water jetpack!