In March of 2013, we had a very famous celebrity walk through our doors at Jetpack America. The identity of the celebrity was kept a secret until the day
of the shoot. Our Newport instructors waited patiently on the 18th street beach, talking amongst themselves of whom this celebrity could
possibly be. Next thing they knew, 8 gorgeous models were running down the beach followed by the one and only Heidi Klum! All the instructors were
ecstatic; they were going to help Heidi film the Action Addition of Germany’s Next Top Model!

Although the weather conditions were poor with light rain and heavy winds, the eight beautiful girls were eager to try on the water jet backs and start
their photo shoots. The girl’s age range was from 16-20 years old and they were all very nervous during their initial Jepack training. Some of the
girls were so competitive they decided to decline the warm comfort of a wetsuit and chose to fly in bikinis hoping to get the winning photo.

From the beach, photographers and film crew captured their every move on the water. Aside from just flying, they had to hold poses while in flight
to capture the best still photo possible. This would be difficult even for experience flyers, but these girls had winning on the mind and were
not detoured by the weather or risks involved with flying a jetpack.

The episode aired a few months later. Below are some jetpack photos from the shoot. 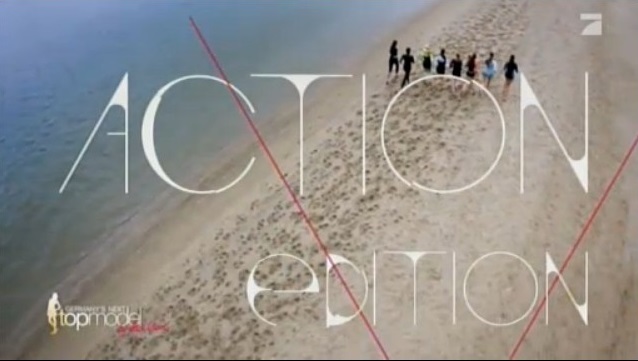 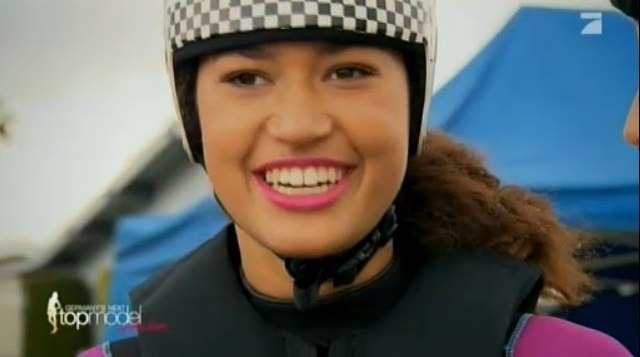 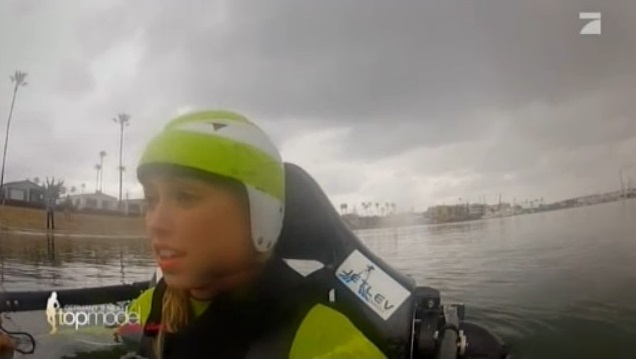 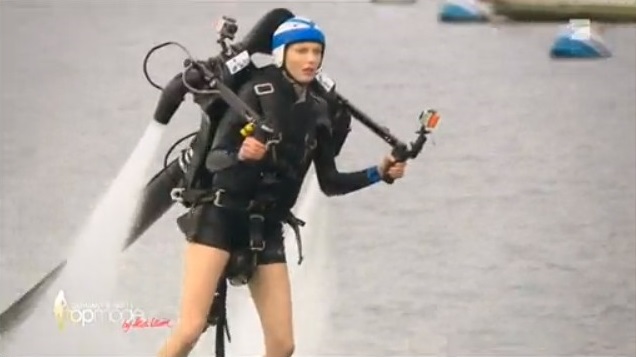 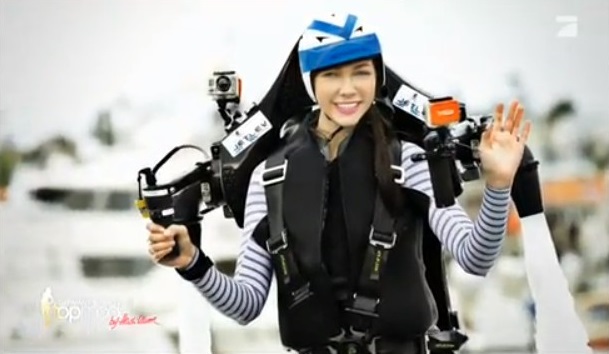