It was 1912. American aviation pioneer Glenn Martin flew a self-built seaplane from Newport Beach, California to Avalon on Catalina Island, then back across the channel. This broke the earlier English Channel record for over-water flight.

On September 29, 2012, Jetlev Southwest President Dean O’Malley will attempt to set his own world record by being the first ever to fly a Jet Pack following the same flight plan as Martin in 1912. He will make the 26-mile open-ocean crossing followed by a safety boat and several new’s outlets to document his journey. O’Malley is a 36 year old adventure enthusiast and expert Jetlev Pilot. 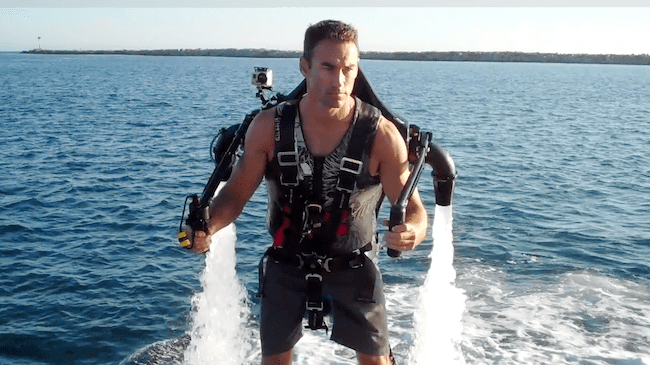 ”I’ve always tried to push my own perceived limitations.  What I’ve
learned over the years is that most people have the capability to do a
lot of things, but the fear is what usually keeps people from trying
them.  When you work through the doubt to pull something off, you
realize just how much potential we all have.”

O’Malley will be taking off around 7am from the M-Street Pubic Pier in Newport Beach. Click here for the details on the 7am press conference at M Street Pier.

Here are a few news pieces about the Catalina Project on September 29, 2012.