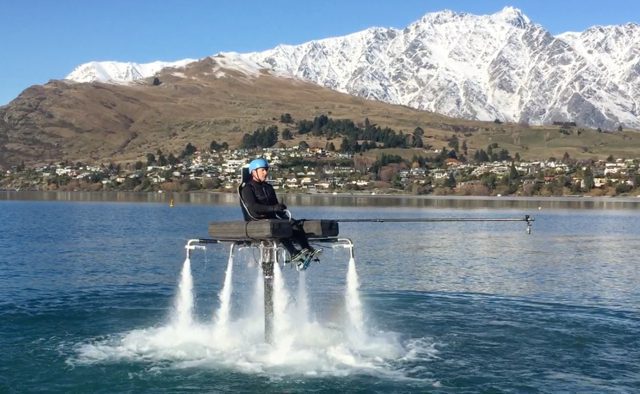 Somewhere along the shores of a beautiful lake in the island nation of New Zealand way “down under”, an inventor is developing what may be the next step
in hydroflight innovation. The man designing and engineering this water-powered flying machine is an American ex-pat living in Queenstown by the name
of John Coyle. Coyle has an impressive track record of making things fly in new and innovative ways. He made his mark on the TV and film industry with
his Cineflex and Shotover gyro-stabilized aerial camera systems, which are used on helicopters to film motion pictures, TV programs and television
news ‘live’ aerial shots.

Dean O’Malley, President of Jetpack America, recently paid a visit to this ingenious inventor and saw firsthand what has the potential to be the next big
step in water-powered personal flight.

After purchasing an X-Jetpack system from O’Malley in late 2014, Coyle got the idea to combine his knowledge of helicopters and his newfound interest in
hydroflight to create the world’s first water-propelled helicopter.

The “HydroCopter”, as O’Malley dubbed it after seeing the device fly and getting a chance to fly it himself, is a giant leap forward in the hydroflight
world, where the device has virtually all of the same controls as a standard helicopter (up, down, right, left, forward, backward and right and
left spins). Coyle has been testing his flying prototypes with his family and friends on the waters of Lake Wakatipu near his New Zealand home,
even braving the icy waters in the dead of winter, all in an effort to refine his prototype design to come up with a model that will be intuitive
enough to fly for any would-be “hydro-helicopter” pilot. 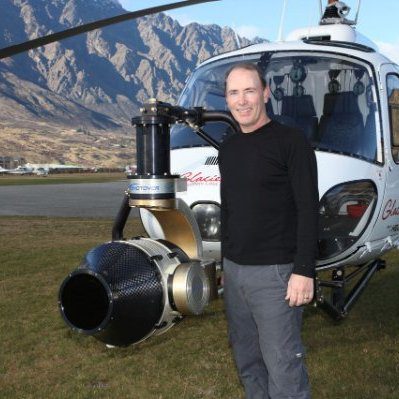 Even here in a well-known worldwide hotspot for adventure and extreme sport creation, where now well-known sports with names like Bungee-Jumping, Zorbing
and Jetboating were born, this newly created HydroCopter still manages to stand out from the crowd and draw attention. On the recent afternoon O’Malley
got a chance to try out the machine and take flight, water taxis, jet boats and several jet skis stopped and looked on in awe as they passed by, taking
a closer look at the “crazy flying thing” that was somehow using water to fly like a helicopter. 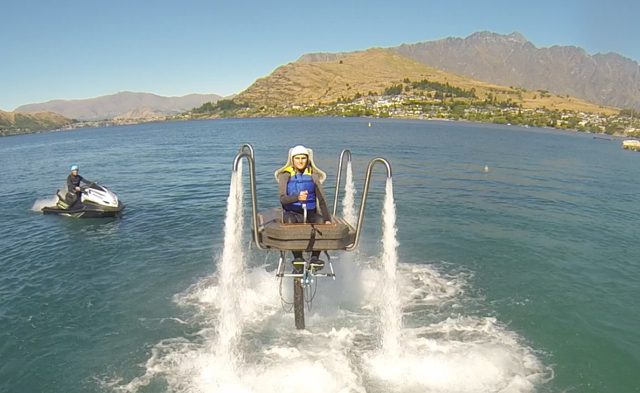 Coyle still has plenty of work to do to perfect his design, so it’s unknown when the device will be available publicly, but if you find yourself in
New Zealand, be sure to look up in the sky when you’re passing by many of the amazingly scenic lakes and you might just get an accidental peek
at the future of hydroflight. And hopefully all of us will see this device flying at various spots around the world in the next few years.

The exciting part for O’Malley is knowing that Coyle is surely just one of many clever engineers and inventors around the world who are developing new
ways to have fun out on (and above) the water. So keep your fingers crossed and, if we’re lucky, soon we’ll all get a chance to fly the HydroCopter
in the not too distant future!

To see exclusive first video of the Hydrocopter in flight click HERE.