What’s a Hydro-Fest? – It’s a question you’re probably asking yourself.

It’s open to the public and it’s FREE to attend!

Here’s where you need to go for more info on Hydro-Fest 2016:

We all know what water is of course, but what you probably didn’t know is that water, the source of life itself here on Earth, is now being harnessed to
give people the ability to fly themselves like superheroes in ways that no one until recently ever imagined.

For the first time, a new fast exploding sport and industry called ‘hydroflight’ is being brought together in a single weekend long sporting event and
festival for the general public to see and learn more about this amazing new sport and industry.

A small niche of dedicated water sports enthusiasts have been building, creating and designing this new technology and water sport for the past five
years.


The setting for Hydro-Fest 2016 is a near 5-acre man-made lake designed specifically for hydroflight itself. It’s call Lake Spring Mountain, in Pahrump,
NV and it’s located at the

Spring Mountain Motor Resort and Country Club. A unique one-a-kind oasis for auto-racing.
Lake Spring Mountain, more commonly referred to as Jetpack-Lake, is just under an hour from the famed Las Vegas strip.

At this point you’re probably wondering what will you see if you attend this first-of-its-kind Hydro-sporting event on June 10-12th, 2016?

What you’ll see is some the best hydroflight athletes in the world competing on jetboards, jetpacks and jetbikes. Competitors will be coming from across
the U.S. and from around the world to take part in this event.There will be nearly 60+ athletes from around the globe showing off their talents on
these new water-powered flying machines.

Two top-rated American riders at the event will be Ben Merrell and
Kristin Smoyer from Florida. You can read their personal stories on a new online
publication dubbed The Hydroflight Channel. You will learn how people from all walks
of life are getting hooked on this amazing new sport.


In addition to American riders, there will be teams and riders from around the world. Hydroflight teams from Canada and even the tiny island nation of
the Maldives will be competing at the event. Riders from Mexico, Australia and elsewhere will also be in attendance.

A special demonstration of the amazing personal watercraft dubbed the “Seabreacher” will also take place throughout the weekend event. The craft is a cross
between a hydro-rocket, submarine and a man-made marine mammal, shark or dolphin. It has to be seen to be believed!

The event will also feature a hydroflight expo for fans and spectators to learn even more about the world of hydroflight, the devices and related products.
Hands-on product demos and a special area where fans and spectators can enjoy the cool waters of Lake Spring mountain themselves. Take a quick swim
or even trying out stand-up paddle boarding. On the beach they’ll be a family fun zone and on shore activities like volleyball, bocce ball, a bounce
house for the kids, as well as slack-lining and balance-boarding for the more adventurous. Throughout the weekend, there will be tons of giveaways,
including flight lessons, Hydro-Fest 2016 apparel, hydroflight equipment and much more!

If you’re looking for a way to add to add a lot of fun to a weekend in Las Vegas, be sure to come out to Hydro-Fest 2016 on Friday, Saturday or Sunday
to see the most exciting new water sport on the planet! As an added bonus, remember the price to attend as a spectator is FREE. Bring your friends
and family! 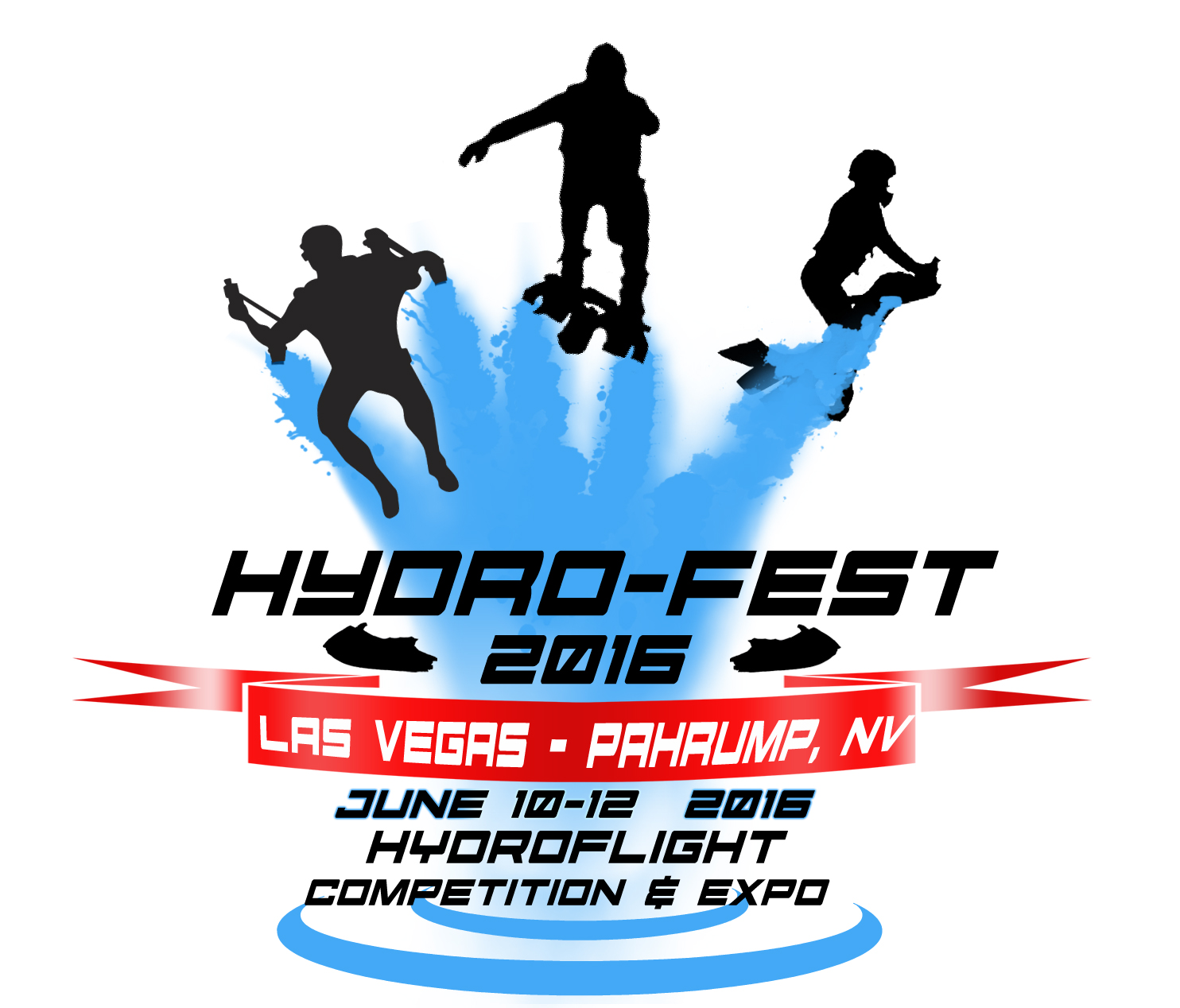