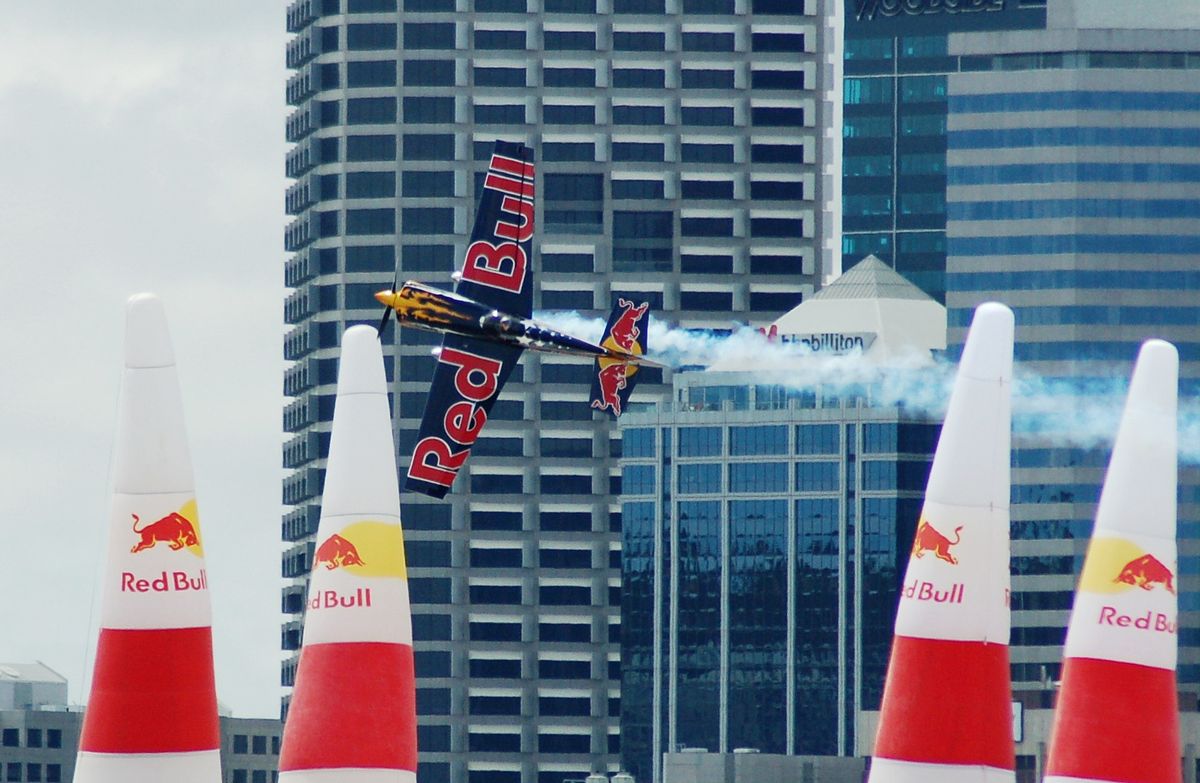 We are excited to announce that FlyDIve is an official, high profile, featured sport at the 2017 Red Bull Air Race in San Diego, California! FlyDive will
be showcased in front of hundreds of thousands of spectators during the two-day event. The Red Bull Air Race will be recorded and broadcast to millions
of people around the globe, creating a tremendous opportunity to show the world how exciting this fast growing sport of hydroflight is becoming. Under
the FlyDive brand, the world’s best hydroflight athletes will be showcasing exhilarating and extreme maneuvers in between the Red Bull Air Race runs,
right above the water in the beautiful SanDiego Embarcadero. The FlyDive aerial athletes will be in good company, performing alongside the amazing
Red Bull Air Race pilots as they try to win the San Diego event.

We could not ask for a better opportunity to be working alongside the Red Bull Air Race organization, as our cultures of impressing audiences and pushing
the limits of human flight are perfectly aligned. The Red Bull Air Race, established in 2003, is an international series of air races in which competitors
have to navigate a challenging obstacle course in the fastest time in high performance airplanes. Pilots fly individually against the clock and have
to complete tight turns through a slalom course consisting of pylons, known as “Air Gates”. The backdrop of such an amazing aerial spectacle will,
no doubt, inspire the FlyDive athletes to push their own limits during their performances.

This exclusive opportunity to be a high-profile featured sport at the Red Bull event is a direct result of the company’s acquisition of AquaFly, the worldwide leader in hydroflight events, and its cherished relationship with Jimmy Dimetteo, the founder and director of the Air Race Series, and now a FlyDive board advisor.

We will be bringing out a few of the world’s best hydroflight athletes from across the country, including, the world-ranked #1, #2 and #3 jetboard pilots
Hunter Verlander, Ben Merrell, and Jake Orel. They will be joined by Mr. Sandy Burns, an expert water jetpack pilot, and Jesse Orlando,
the #1 ranked jetpack competitor and winner of Hydro-Fest 2016.
This stellar group of riders will amaze the Red Bull crowd with their aerial acrobatics and crowd interactions. FlyDive’s lead engineer and X-Board designer, Ryan Lorence, has been named the official safety officer for the event, ensuring that the FlyDive athletes stay safe as they perform incredible stunts in front of
the Red Bull Air Race audience. Approximately 45 minutes after each performance, the riders will be at the Fly Dive booth where they will be able sign
autographs and answer questions.

The Red Bull Air Race will be taking place April 15th and 16th at the Embarcadero Park Waterfront in downtown San Diego, CA. This is right in the backyard
of one of FlyDive’s newly acquired companies, Jetpack America, located in Mission Bay. Acquired by FlyDive in January 2017, Jetpack Americais a worldwide leading hydroflight distributor and rental operator.

To celebrate this momentous event, we will be offering a special 20% discount to anyone that wants to fly one of our state-of-the-art water jetpacks or
the FlyDive X-Board during the Air Race weekend at Jetpack America in San Diego. (BOOK HERE- Use Discount Code: REDBULL2017)

FlyDive continues its dedication to bringing the world of hydroflight to the masses by building partnerships with organizations like the Red Bull Air Race.
Such partnerships enable us to promote the fast growing sport of hydroflight around the country and abroad, as well as expand our sales network of
powersports dealers and rental operators around the world.