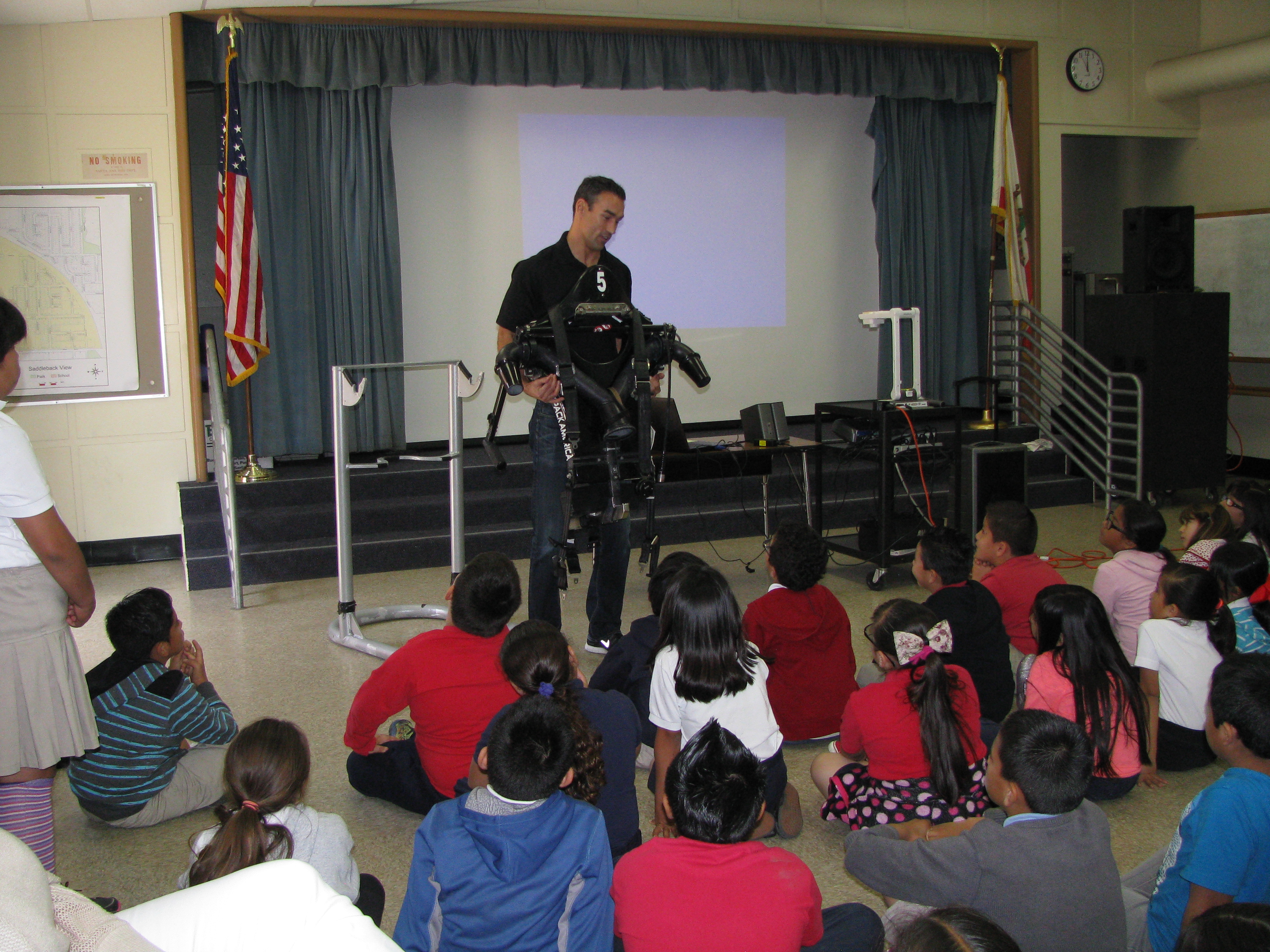 On May 8th, 2014, Jetpack America president Dean O’Malley visited the students at Remington Elementary in Santa Ana as part of their Career Day program. With over one hundred students from the 3rd, 4th and 5th grade classes in attendance at the assembly, it was a packed house filled with wide-eyed students, many of whom had never even heard about the Jetlev jetpack.

O’Malley brought along the jetpack backpack and walkie-talkie helmet, which he used to describe how the jetpack system worked, explaining that water was secret to making the jetpack fly. When a video was shown with some of the Jetpack America staff members demonstrating some advanced maneuvers like walking on water, underwater submarines, backwards flying and even corkscrews, the kids were amazed, with many of them gasping in disbelief and exclaiming, “HOW COOL!!!”

As part of the demonstration, several of the class members were invited up to sit in the jetpack, strap into the harness system and demonstrate the keys to safe flying, raising the control arms to go higher and lowering them to go lower and faster. Even with all of the commotion, the children were very well-behaved, clearly interested in the crazy new sport known as “jetpacking”. Throughout the presentation, O’Malley engaged the students by asking various questions about the technology and the history of the jetpack. When he asked the group, “How much do you think this whole jetpack system costs?”, it took several guesses, starting at $5000 to $10,000 to $50,000 before they finally got to the right answer, which was an almost unbelievable $100,000.

O’Malley discussed his education in Economics and Finance and his 14-year career in consulting and banking, which gave him the foundation to bring into the new world of jetpack rentals, sales and training. He explained the importance of studying hard in school to give yourself the best chance for success in the “real world”, but he also told the children to follow their passions, whatever they may be. Some of the students said they loved basketball, others said they had a love for music. The important thing at the end of the day, explained O’Malley, was finding something they enjoyed and focusing their efforts to become the best at it. 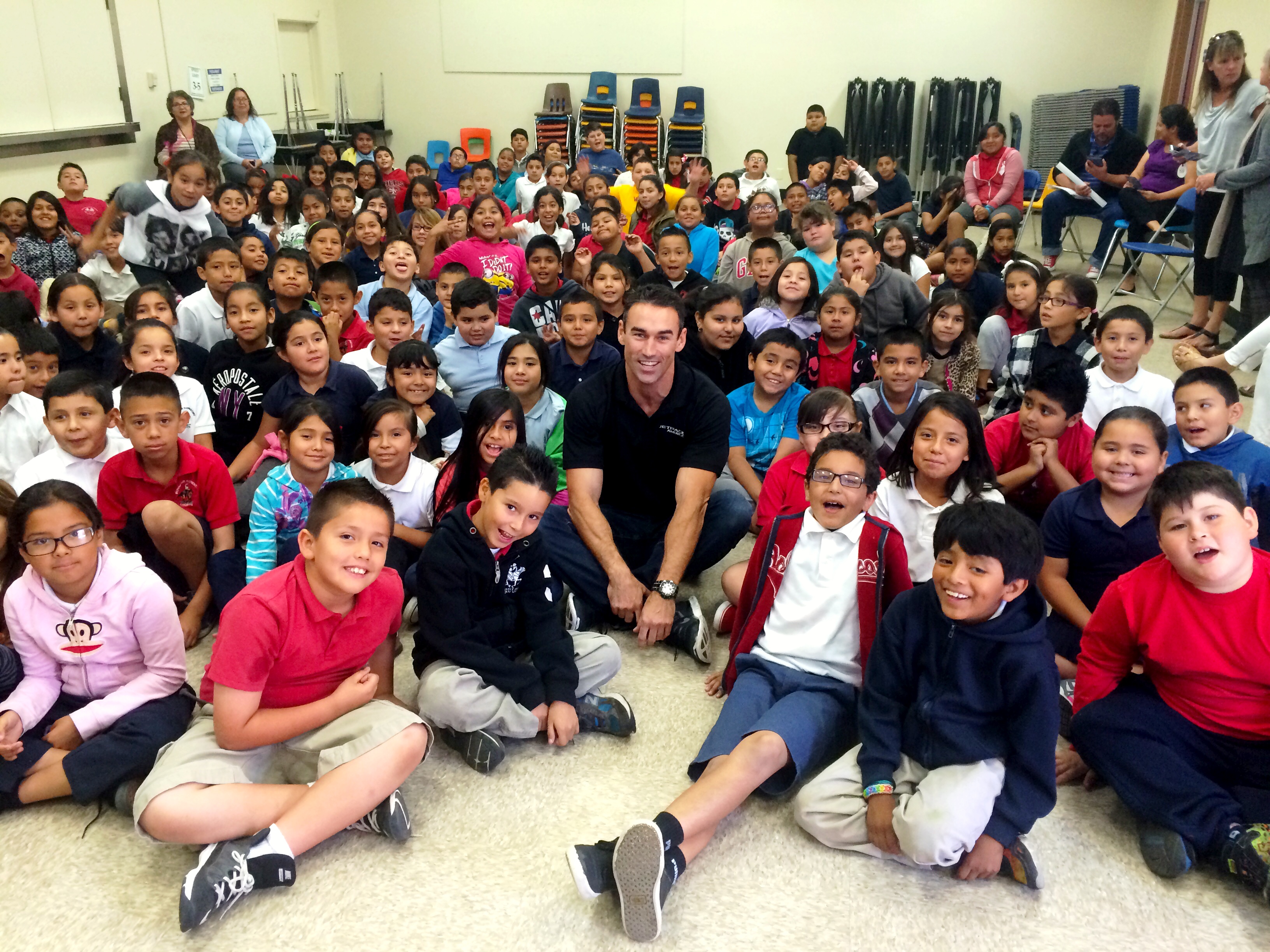 At the end of the presentation, O’Malley joined the students on the floor of the auditorium for a fun group photo, where everyone was all smiles…probably because they were happy to have gotten out of class for an hour to hear about jetpacks. 😉