On Sunday, September 29th, Chappie Hunter, the 41 year old veteran San Diego police detective, made HISTORY when
he strapped into the Jetlev jetpack at the Mission Bay Jetpack America location and took flight for the first time. He  was
a HUGE inspiration to everyone in attendance. Chappie was all smiles during the event to raise money for his medical bills and for the
Challenged Athletes Foundation.

On Sunday, June 18th, Chappie lost his leg in a tragic motorcycle accident with a student driver. He suffered multiple injuries and lost part of his left
leg but that has not stopped him from living life to the fullest. Since then, he’s made it his goal to prove his injuries will not slow him down in the
slightest. When we heard his story, we were instantly drawn to his positivity. Jetpack America was honored to make his dreams of flight a reality and to
be able to help raise money for someone as deserving as Chappie.

All active San Diego Police Department police officers and San Diego Fire Department firefighters were able to fly for the reduced rate of $99 for an
Introductory Flight Experience the day of the event, where 5% of all proceeds will be going to the Challenged Athletes Foundation.

The culmination of the event was Chappie’s flight, where he flew 25 feet in the air! This is an exceptional feat for any first time flyer! 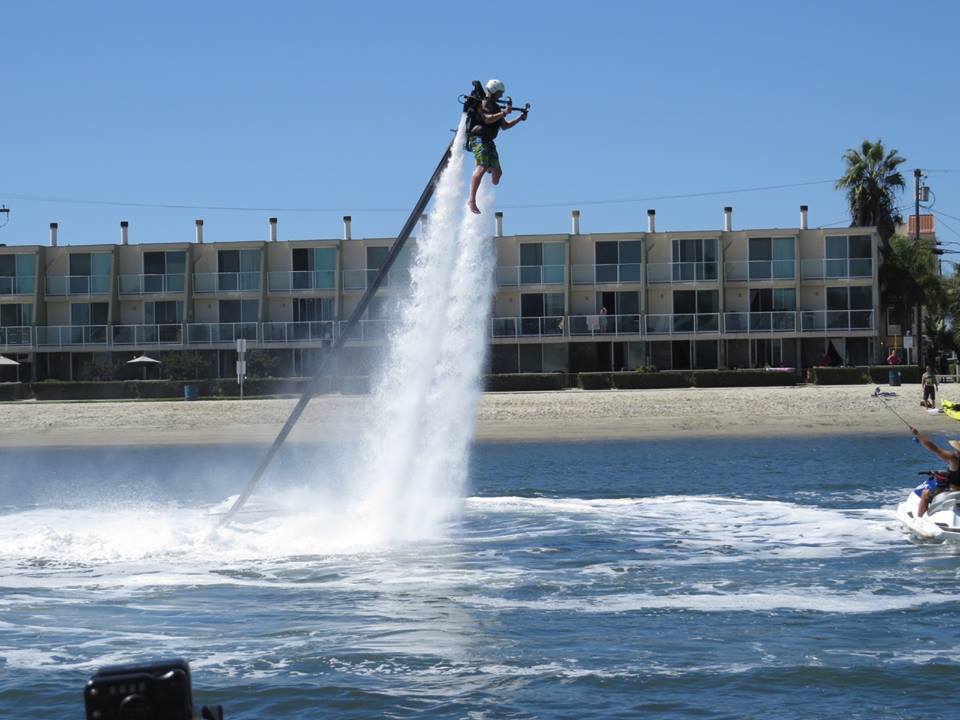