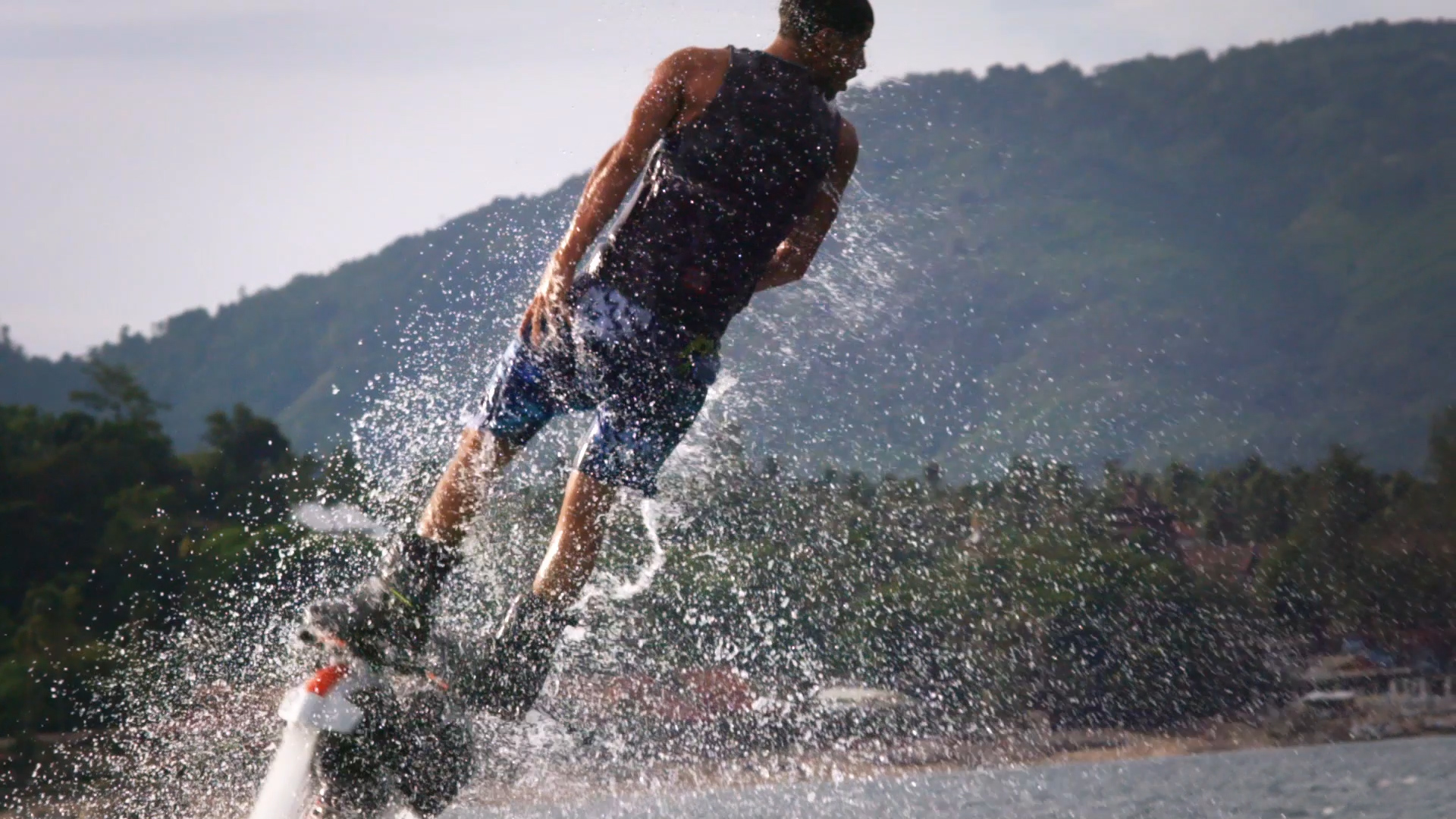 5 Reasons Why Hydro-Flight is the Future of Sports

When we were kids, the film industry promised us flying cars, awesome hover skateboards, and a machine that could make a 3-course meal out of thin air
with the push of a button. Instead, we have the same old microwave that heats up cold pizza to nuclear temperatures in under one minute, Razor scooters,
and gas-guzzling trucks. How could they do this to us? Well, there is hope, which comes from the birth of a new industry.

The market for a new sport exists, and it’s begging to demolish the malaise of the current sporting industry. Let’s talk deep for a second – as you sit
at your desk scrolling through Facebook, you see more people pushing the envelope than ever. We love risk, we love to watch risk, as it makes us look
at ourselves more than look at the video. Could I take a risk like that? If I really tried, could I have done that? Hydro-Flight, aptly named to essentially
envelope Jetpacking, Flyboarding, Hoverboarding, Jetovating, and any other sport that is water-propelled fits right in to what we crave. Risk.

Competition is the fuel of sports. Hydro-Flight draws athletes that are risk takers. What kind of personalities do 99% of risk prone people possess? They
are competitive! There’s a ton of awesome tricks to be done on every jet water flying machine, with different styles and techniques – a perfect storm
for a great new sport.

Let’s face it, there really is no sport that is relative to a water powered, 1,000 gallon per minute machine that can launch you 60 feet in the air with
a remote trigger switch…’nuff said?

I’ve had the pleasure of speaking with the majority of the best Hydro-Flight athletes in the world, and the comment is always the same. It’s addicting.
Similar to skateboarding, motocross, and other trick-based sports, it’s the rush of landing the newest move, walking the tightrope of the riskiest
situation, and the making the impossible possible.

5) It Draws a Lot of Attention

Hydro flying 50 feet in the air and looking down to a sea of people pointing, smiling, and filming, it feels really good. We all love a little ego boost
and this sport definitely feeds that emotion. I’m not saying you should go buy a water sport Jetpack so you can finally score a supermodel girlfriend….or
am I?